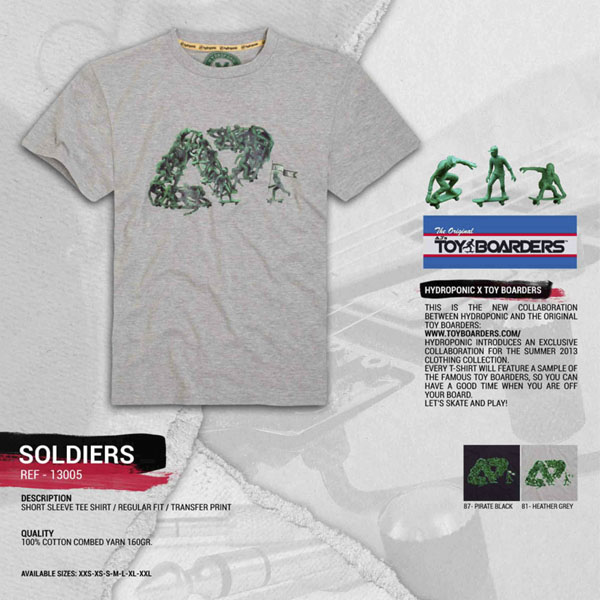 AJ's Toyboarders are the Action Sports' answer to the traditional Toy Soldiers we played with as kids. But times have changed a big deal, and none of us likes to promote war and violence. Rather than that, we are all lovers of the board sports, so when we discovered AJ's Toyboarders we liked them so much we asked them to collaborate.

Hailing from San Diego, California, AJ's Toyboarders started with Skateboarding but have also added Surf and Snowboarding to their catalogue through the years. It was in 2013 that we released the T-Shirt Collab, which came with a 5-Soldier pack as a Gift.