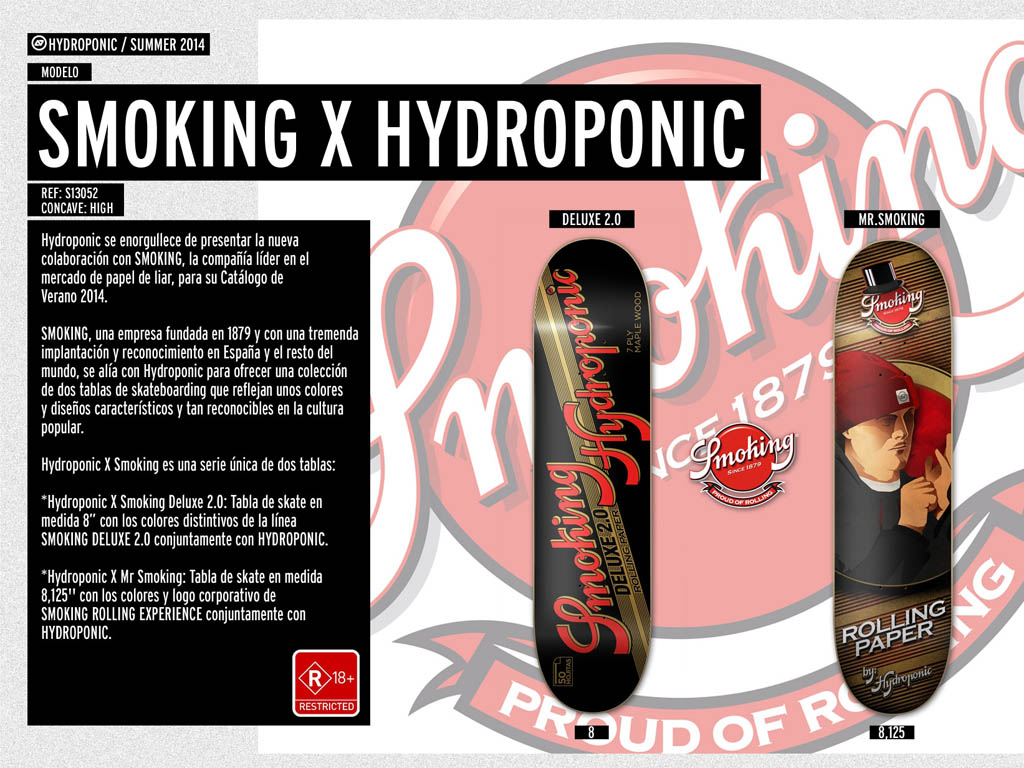 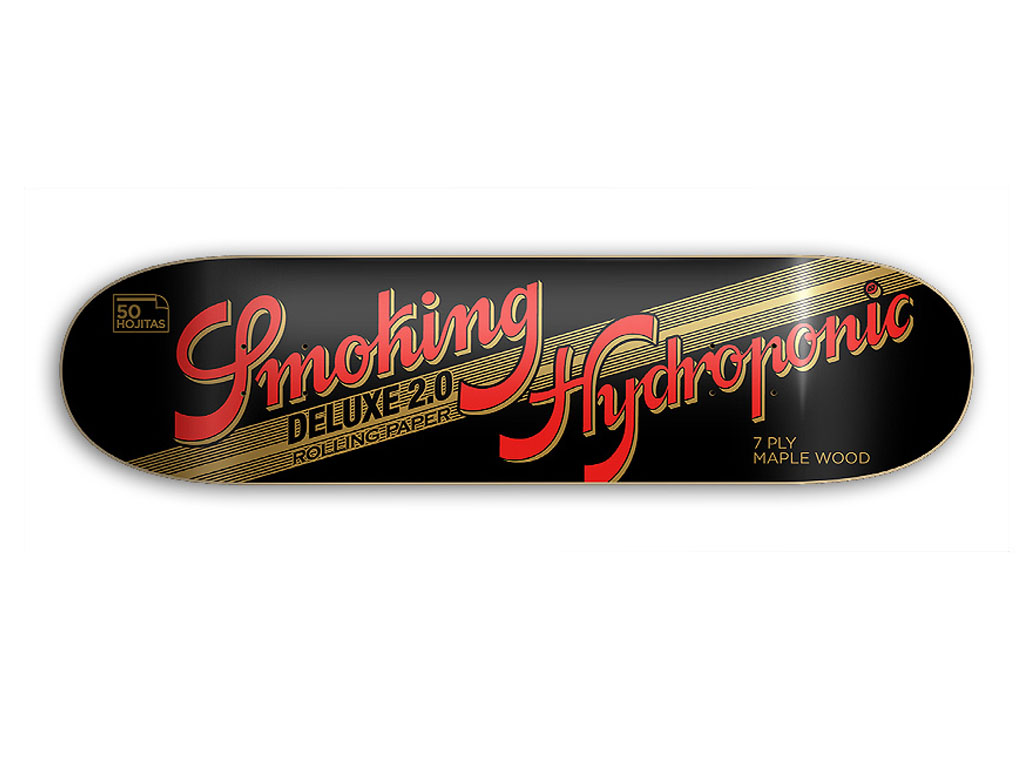 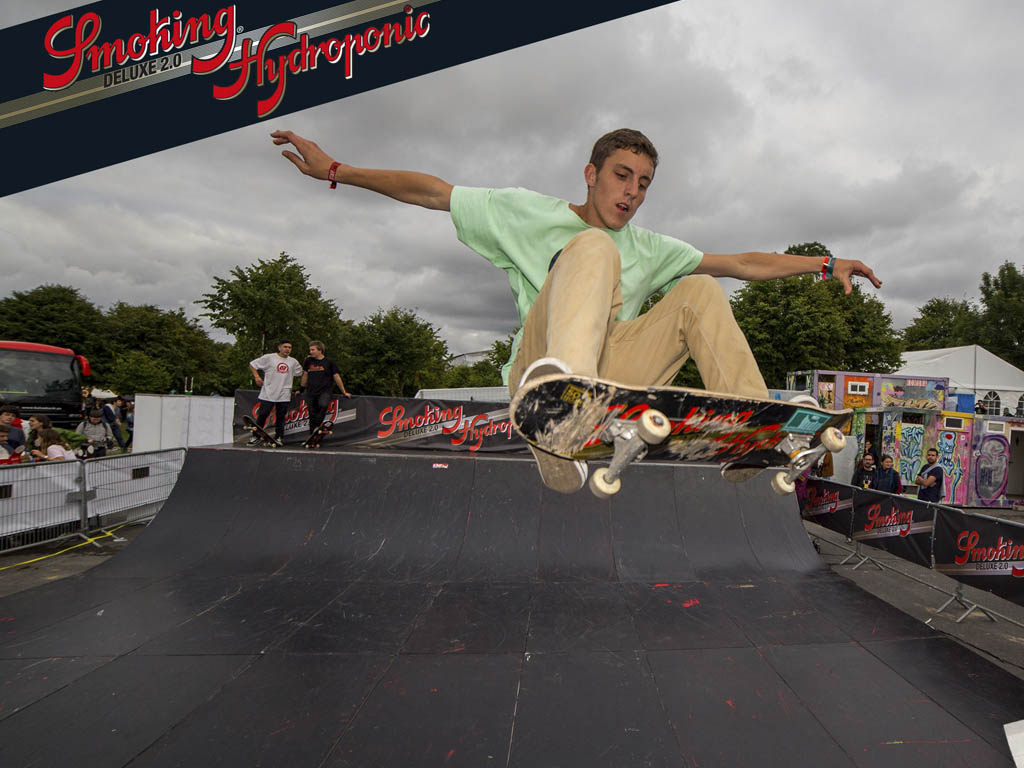 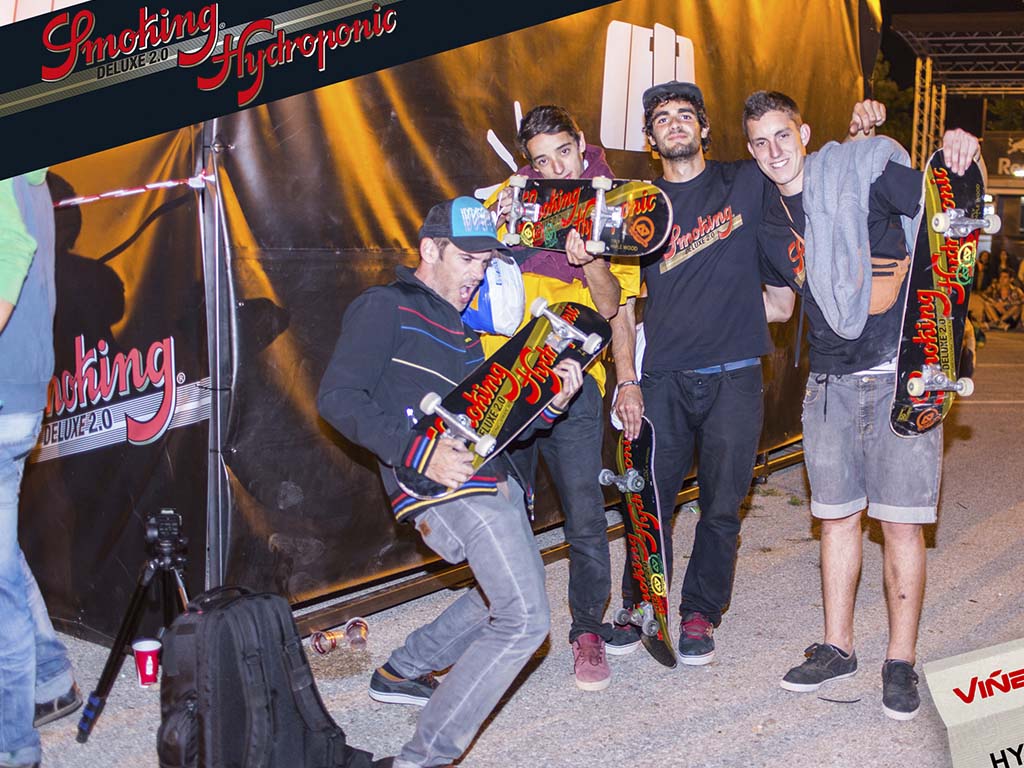 Smoking Rolling Paper is one of the leading rolling paper companies in the world, and they also started in Barcelona during the XVIII century, becoming very renowned during the late 20th Century.

Together with smoking, we released a skate deck during the Summer 2014 Season, which was promoted by the Hydroponic Skate Team and Smoking through several appearances at Spanish Summer Music Festivals such as Viñarock, BBK Fest and Arenal Sound, where the guys skated a mini-ramp that was installed inside the event, right by the soundstages.