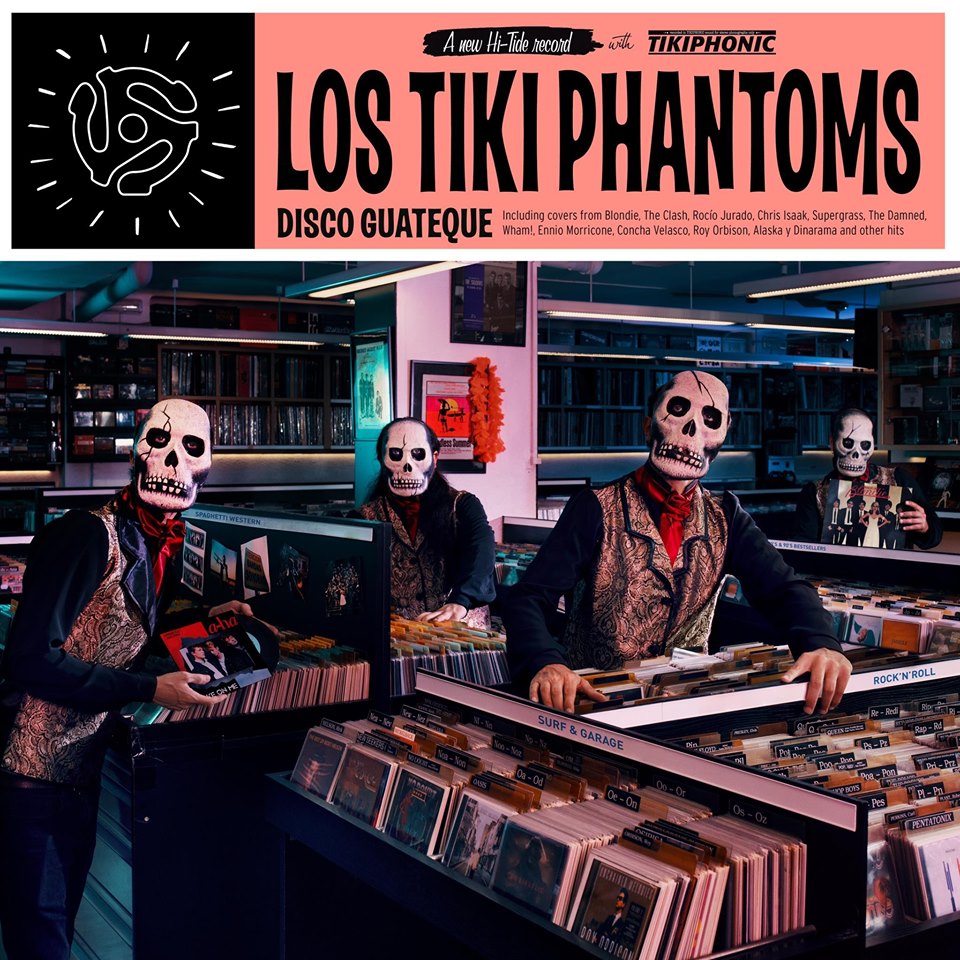 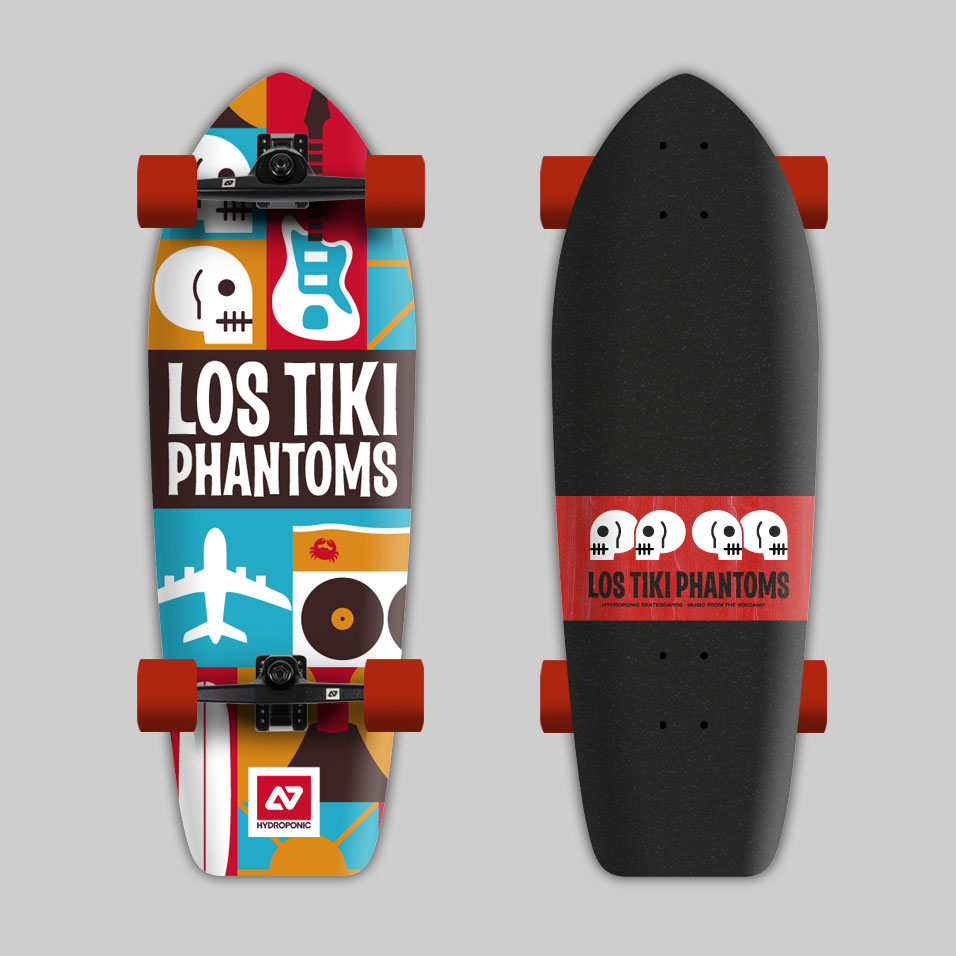 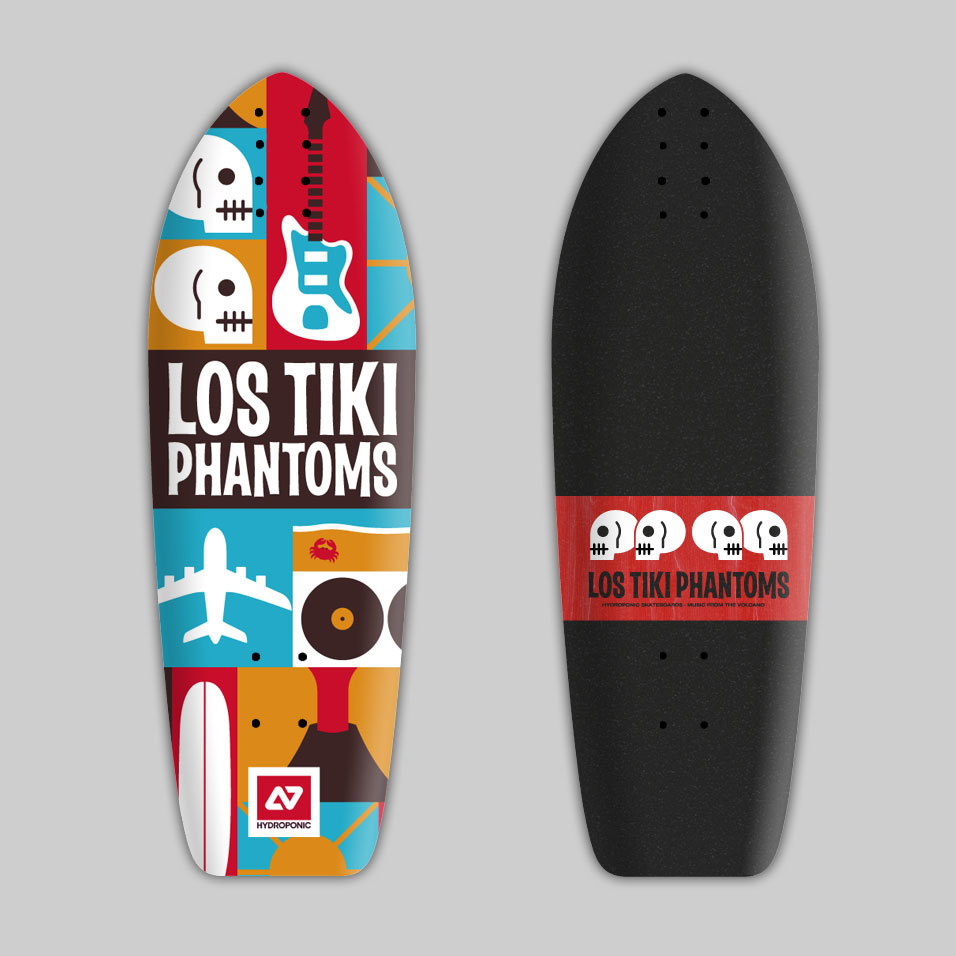 LOS TIKI PHANTOMS are our favorite band since the beginnning of times!

Based in Barcelona but hailing from an island in the middle of the Pacific Ocean, Los Tiki Phantoms are an instrumental surf rock band, and they play both covers and original songs.

Los Tikis release albums regularly, and right now they have a nice relationship with the record label B Core. Precisely with this label they recently published 'Disco Guateque', an album with funny versions such as 'Take on me' by Aha, or 'Como una ola' by Rocío Jurado, and as a courtesy, they have given us copies of this work so that we can add them to each of your Surfskates.

Do not miss them if you have the chance to see them in concert, where they usually put on a fantastic Conga with all the attendees and they mess it up in a spectacular way.